J.D.C. Bytco English Medium High School is the only aided English Medium High School. Which is ISO 9001-2015 certified at Nashik Road area. The school bears the students from all categories such as caste, race & religion with varying economical status. Our school has NCC, Air Wing Unit. Our students take part in various sports activities have presented the District, Divisional & State National level. They also take part in NTS,MTS, Scholarship, Elementary and intermediate Exams. Our school has A.V. Room, Computer Lab with Internet facilities, Science Lab. Every year we have Annual Social Gathering, Sports and Exhibition which is great attraction for students. 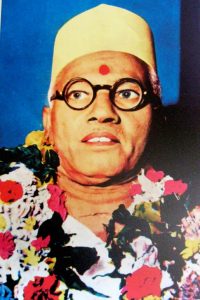 A main square of  Nashik is known by name of  Bytco Point, after him. In later years of his life, he gave away much of his wealth in to charities. In year 1971, he founded the Muktidham temple complex at Nashik Road . Which has a replica of  twelve Jyotirlingas .Temple of Krishna and other deties within its temple complex and is one of the major tourist attractions of the  town. He took personal interest in building of Muktidham temple and also employed the services of a noted painter Raghubir Mulgankar for beautification of temple complex.

From the Principal’s Desk 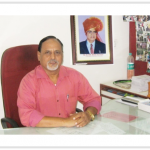 “Education is not just about going to school and getting a degree. It’s about widening your knowledge and absorbing the truth about life”. It is rather a harmonious and synchronized combination of hand (skills like various arts), head (Intellectual Power) and heart (Value System). In the present era of digitalized world, it the biggest challenge before educators and parents, to nurture the young minds with the indelible impressions of a holistic education.